The Undersecretary of Renewable Energies Sebastian Kind, along with his associate of Compra Argentino (Buy Argentinian) and Desarrollo de Proveedores del Ministerio de Producción (Development of Suppliers of the Ministry of Production), Sergio Drucaroff, accompanied representatives of the private sector at the WindEnergy fair in Hamburg; a platform of greater recognition at a global level, which brings together to the main global players in the wind sector.

Argentina was present at the expo with a large public and private delegation demonstrating the commitment to the development of a key sector to ensure the expansion of electricity generation from renewable sources to supply the growing demand at competitive prices. 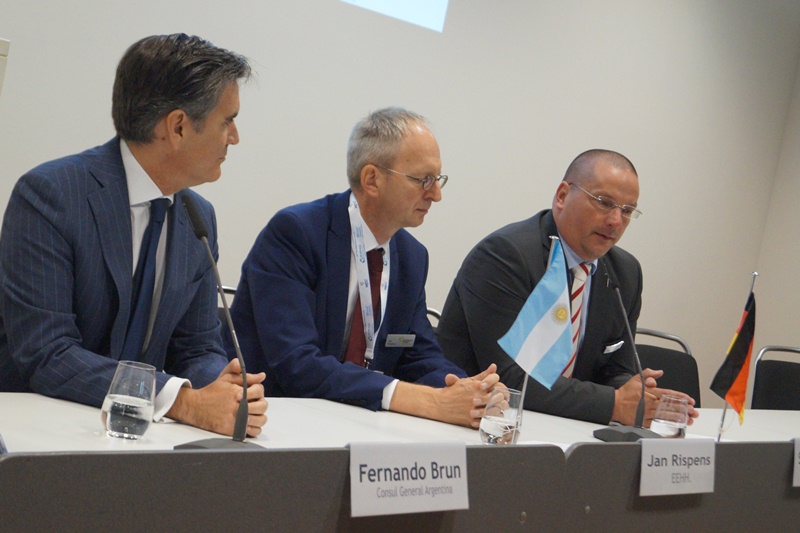 Argentina was set to prove itself compatible next to some of the most dynamic markets; this was set on Wednesday, September 26; with the presentation by the Consulate General in Hamburg and German Clusters during a SEMINAR ON THE DEVELOPMENT OF THE RENEWABLE GENERATION SECTOR IN ARGENTINA and the potential of such development for the GENERATION OF VALUE CHAINS FROM THE NATIONAL CONTENT POLICY. 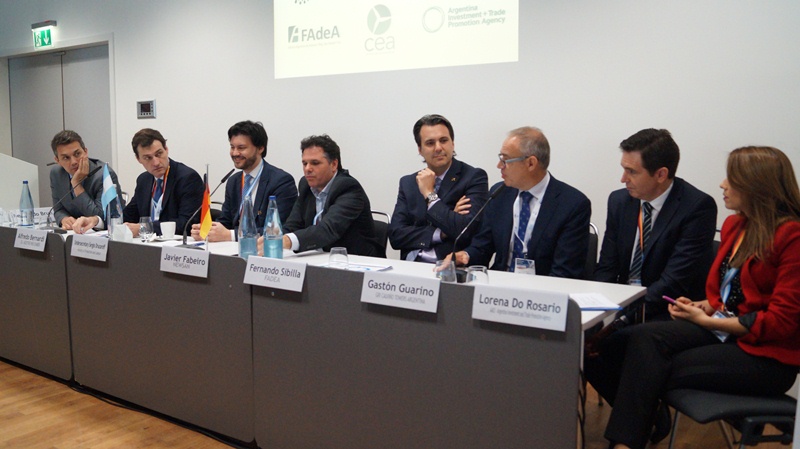 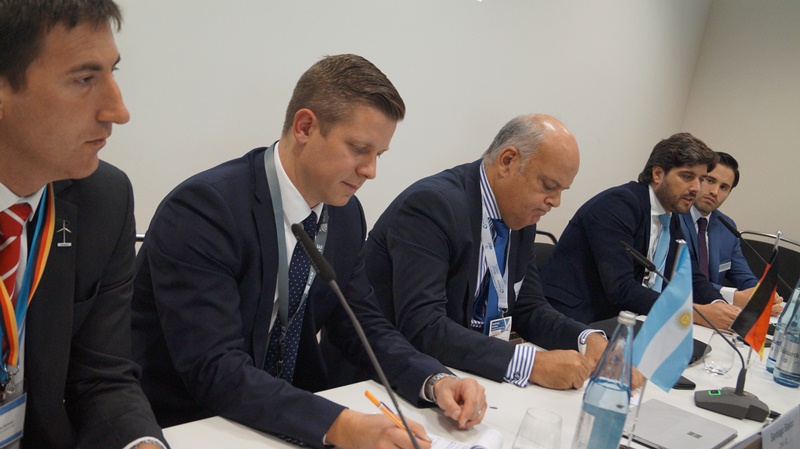 field, international companies such as NORDEX ACCIONA highlighted initiative with FADEA for the assembly of nacelles and hubs in the aircraft factory in Córdoba; an agreement for the assembly and construction of wind towers with SENVION, GRI CALVIÑO TOWER, and, for part, VESTAS in the strategic alliance with NEWSAN for the construction of the gondolas of the wind turbines in the Campana, Prov. Of Buenos Aires. 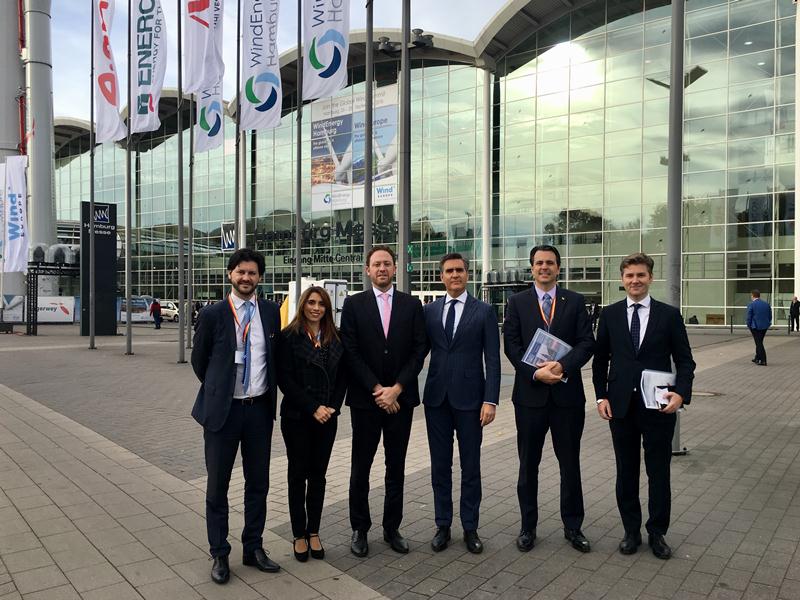 After the presentations, Argentine companies developed business agendas organized by the work team of the Argentine Consulate with German companies interested in partnering with Argentine counterparts to join the value chain in the provision for large international players present in the market. Argentina was also invited to visit the generators construction plants with the final destination being our country. 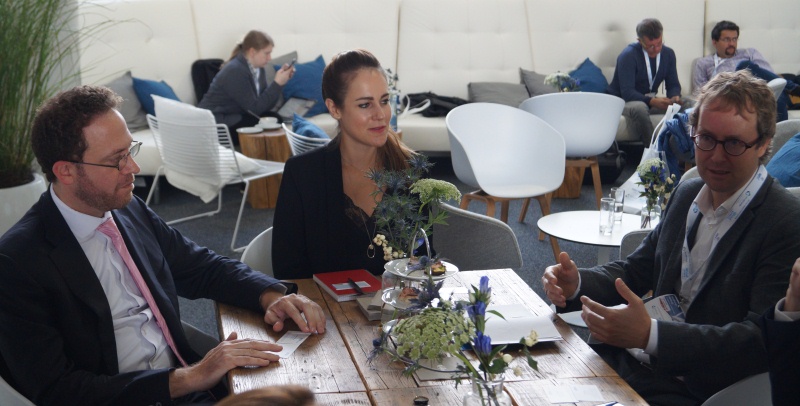 The presence of the undersecretaries of renewable energies and production in Germany was complemented with one to one meetings with executives of the most representative companies in the sector, including Nordex Acciona, Senvion, Siemens-Gamesa, Vestas, Enercon, and Envision; these companies all have projects in full development in Argentina, with financing banks, as well as with visits to production plants similar to those that will be installed in our country. 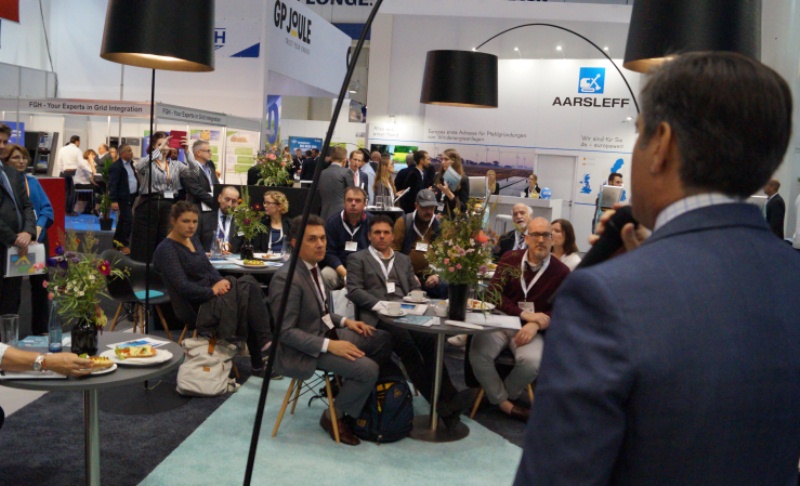 Completing the positioning activities of our country, the Consul General in Hamburg together with the President of the Argentine Wind Chamber, Alfredo Bernardi,was present at the stand of the German Ministry of Economy and Energy to German actors interested in the development of the Argentine renewable market.

Program of the seminar