10 June: Day of Affirmation of Argentina’s Rights Over the Malvinas, South Georgias and South Sandwich Islands, and the surrounding maritime areas 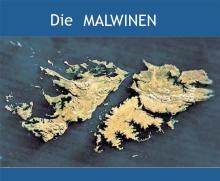 "10 June: Day of Affirmation of Argentina’s Rights Over the Malvinas, South Georgias and South Sandwich Islands, and the surrounding maritime areas.

On 10 June 2021, the Government and the People of the Argentine Republic commemorate the 192nd anniversary of the creation, by the Government of the Province of Buenos Aires, of the Political and Military Commandancy for the Malvinas Islands and the islands adjacent to Cape Horn.

From the beginning of its Independence process in 1810, Argentina—having inherited the Spanish territories in the South Atlantic—continuously exercised its rights over the southern archipelagoes located there. Since 1767, Spanish jurisdiction over the islands had been continuously exercised by 32 successive governors residing in the islands and reporting to Buenos Aires up until 1811, when Spain withdrew its garrison (leaving signs of possession) in the context of the Independence War in the Río de la Plata.

In 1820, the Argentine flag was flown for the first time in the Malvinas Islands, the bicentenary of which was commemorated last 6 November. The Argentine Government also enacted legislation and established legal and administrative bodies to consolidate the full exercise of its sovereignty, including the promotion of trade activities and the establishment of settlements.

A significant landmark in the consolidation of Argentina’s sovereignty over the South Atlantic Islands was a Decree signed on 10 June 1829 by the then Governor of the Province of Buenos Aires, Martín Rodríguez, whereby the government structure we commemorate today was created, the control of which was vested in Luis Vernet, who settled in the islands and publicly exercised his authority and jurisdiction. Under this Decree, “The Malvinas Islands and the Islands adjacent to Cape Horn in the Atlantic Ocean shall be governed by a Political and Military Commander to be appointed immediately by the Government of the Republic.”

However, on 3 January 1833, such effective exercise of sovereignty was interrupted by an act of force by the United Kingdom, which illegally occupied the islands and expelled the legitimate Argentine authorities and the existing settlers. This usurpation disrupted the territorial integrity of Argentina, a situation to which no Argentine Government has ever consented in over 188 years of history.

Since then, there has been a sovereignty dispute between the Argentine Republic and the United Kingdom of Great Britain and Northern Ireland, as recognized by the United Nations General Assembly through Resolution 2065 (XX), adopted in 1965.

In compliance with this Resolution, starting in 1966 and for 16 years, both countries conducted negotiations in order to find a solution to the sovereignty dispute. However, despite Argentina´s countless invitations and the United Nations’ exhortations, the United Kingdom has systematically refused to resume sovereignty negotiations.

The international community has for its part reiterated the need for prompt resumption of bilateral negotiations, as stated in 10 UN General Assembly resolutions and in 38 resolutions of the Special Committee on Decolonization, in addition to several declarations issued at regional and multilateral forums, such as the OAS, the G77 and China, MERCOSUR, the Ibero-American Summit, CELAC, SICA, PARLASUR, PARLACEN, the Africa-South America Summit (ASA) and the Summit of South American-Arab Countries (ASPA).

The refusal to comply with the obligation to resume sovereignty negotiations has been aggravated by the United Kingdom’s continuous unilateral actions, including the exploration and exploitation of both renewable and non-renewable natural resources, which Argentina has constantly condemned.

In addition, the United Kingdom maintains an unjustified and disproportionate military presence in the Islands and regularly conducts military manoeuvres and exercises against which Argentina has emphatically protested and which constitute wilful disregard for the appeals made in the various resolutions adopted by the United Nations and other international organizations.

All these activities are contrary to Resolution 31/49 of the United Nations General Assembly and have prompted expressions of concern and condemnation by the international community. The military presence, in particular, also contravenes Resolution 41/11 of the General Assembly (Zone of Peace and Cooperation of the South Atlantic), which, among other provisions, calls upon States of all other regions, particularly militarily significant States, to scrupulously respect the region of the South Atlantic as a zone of peace and cooperation, especially through the reduction and eventual elimination of their military presence there.

Recovering effective exercise of our sovereignty over the Malvinas, South Georgias and South Sandwich Islands and the surrounding maritime and island areas, in accordance with international law and respecting the way of life of the islanders, is a permanent and unrenounceable goal of the Argentine people, as established in the First Temporary Provision of the Argentine Constitution.

In this regard, the Argentine Government is devoted to the design and implementation of State policies to achieve this goal. As a result, in 2020, reaffirming Argentina’s legitimate sovereignty rights, the National Congress unanimously passed three laws that bolster the work in support of Argentina’s claim. Firstly, the National Council on Affairs relative to the Malvinas, South Georgias, and South Sandwich Islands and the surrounding maritime spaces was created, for the purpose of developing a plural space at the highest institutional level that designs medium and long-term State strategies.

At the same time, the Argentine Government continues to redouble its efforts, always through peaceful means, diplomacy and in line with international law, to muster support from the international community in connection with the Question of the Malvinas Islands and to build consensus through multilateral organizations in order to create the conditions for the United Kingdom to resume bilateral negotiations regarding sovereignty, as provided for in Resolution 2065 (XX) of the United Nations General Assembly and in multiple resolutions by various international organizations and fora.